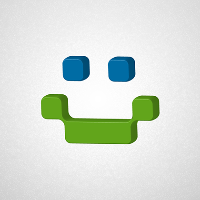 PHP code must always begin with the long form opening tag. If a file contains only PHP code, the end tag may optionally be omitted from the end of the file.

Tabs should always be used for indentation. We live in a world where IDEs can be configured to display tabs at variable lengths, so configure your tab width to be represented as 4 spaces.

Lines should be designed such that a reader can avoid horizontal scrolling, except in cases where scrolling offers improved readability over word-wrapping. As the resolution and width of monitors has increased the standard width of 80 characters (previously the width of a punch card) no longer holds any relevance. Use your best judgement to determine where lines should wrap. Blesta uses a 120-character limit for *.php files and best judgement for *.pdt files.

All PHP files should be encoded using UTF-8, with no byte-order-mark (BOM).

Use logical and descriptive names for your variables. Variables used in iterating loops, such as $i, $j, $k, etc., are exceptions to this rule. Variables should contain only lowercase letters, underscores, and numbers, and should start with a letter. Values true, false, and null should always be lowercase.

Strings should be surrounded with single-quotes ('), except where double-quotes (") are necessary in php.

A string whose length requires it to wrap multiple lines may be concatenated with the concatenation character (.) prepended at the beginning of the next line to be concatenated, indented accordingly. A single string with new lines within the string is also acceptable.

Each array element should be separated by a comma and a space character. If wrapping an array across multiple lines, subsequent lines should be indented.

Associative arrays should have a space before and after the => assignment operator, just like all operators should. Strings should be quoted using single quotes ('). Short arrays can contain all elements on a single line, but it's recommend to set each index on its own line.

Blesta uses PSR-2 control structure styles. Each statement should begin on its own line. The exception to this rule is do-while.

Class names should be CamelCased. Only a single class should appear in a file. Class file names should correlate to the class name, be lowercase, and use underscores to separate words. Class constructors should be named using the __construct() magic method.

Method names should begin with a lowercase letter and be camelCased. Type hinting should be used whenever possible, but must conform to PHP 5.4 syntax (i.e. only objects, arrays, and callables may be defined using type hints).